The term “interactive” traces back to the Latin expression “inter agere”. The verb “agere” means amongst other things “to do something” and “to act”, while “inter” denotes the spatial and temporal position to things and events, i.e. “between” or “among” objects, persons, and events. So “inter agere” means “to act between” or “to act among” these.

A shell in biology is a calcium carbonate “wall” which protects snails or mussels from its environment or its enemies. Similarly, a shell in operating systems lies between the kernel of the operating system and the user. It’s a “protection” in both directions. The user doesn’t have to use the complicated basic functions of the OS but is capable of using the interactive shell which is relatively simple and easy to understand. The kernel is protected from unintentional and incorrect usages of system functions.

Python offers a comfortable command line interface with the Python Shell, which is also known as the “Python Interactive Shell”. It looks like the term “Interactive Shell” is a tautology, because “shell” is interactive on its own, at least the kind of shells we have described in the previous paragraphs.

The Python interpreter is usually installed as /usr/local/bin/python3.9 on those machines where it is available; putting /usr/local/bin in your Unix shell’s search path makes it possible to start it by typing the command:

to the shell. 1 Since the choice of the directory where the interpreter lives is an installation option, other places are possible; check with your local Python guru or system administrator. (E.g., /usr/local/python is a popular alternative location.)

On Windows machines where you have installed Python from the Microsoft Store, the python3.9 command will be available. If you have the py.exe launcher installed, you can use the py command. See Excursus: Setting environment variables for other ways to launch Python.

Typing an end-of-file character (Control-D on Unix, Control-Z on Windows) at the primary prompt causes the interpreter to exit with a zero exit status. If that doesn’t work, you can exit the interpreter by typing the following command: quit().

The interpreter’s line-editing features include interactive editing, history substitution and code completion on systems that support the GNU Readline library. Perhaps the quickest check to see whether command line editing is supported is typing Control-P to the first Python prompt you get. If it beeps, you have command line editing; see Appendix Interactive Input Editing and History Substitution for an introduction to the keys. If nothing appears to happen, or if ^P is echoed, command line editing isn’t available; you’ll only be able to use backspace to remove characters from the current line.

A second way of starting the interpreter is python -c command [arg] ..., which executes the statement(s) in command, analogous to the shell’s -c option. Since Python statements often contain spaces or other characters that are special to the shell, it is usually advised to quote command in its entirety with single quotes.

Some Python modules are also useful as scripts. These can be invoked using python -m module [arg] ..., which executes the source file for module as if you had spelled out its full name on the command line.

When a script file is used, it is sometimes useful to be able to run the script and enter interactive mode afterwards. This can be done by passing -i before the script.

All command line options are described in Command line and environment.

When commands are read from a tty, the interpreter is said to be in interactive mode. In this mode it prompts for the next command with the primary prompt, usually three greater-than signs (>>>); for continuation lines it prompts with the secondary prompt, by default three dots (...). The interpreter prints a welcome message stating its version number and a copyright notice before printing the first prompt:

Continuation lines are needed when entering a multi-line construct. As an example, take a look at this if statement: >>>

The Interpreter and Its Environment¶

By default, Python source files are treated as encoded in UTF-8. In that encoding, characters of most languages in the world can be used simultaneously in string literals, identifiers and comments — although the standard library only uses ASCII characters for identifiers, a convention that any portable code should follow. To display all these characters properly, your editor must recognize that the file is UTF-8, and it must use a font that supports all the characters in the file.

To declare an encoding other than the default one, a special comment line should be added as the first line of the file. The syntax is as follows:

where encoding is one of the valid codecs supported by Python.

For example, to declare that Windows-1252 encoding is to be used, the first line of your source code file should be:

One exception to the first line rule is when the source code starts with a UNIX “shebang” line. In this case, the encoding declaration should be added as the second line of the file. For example: 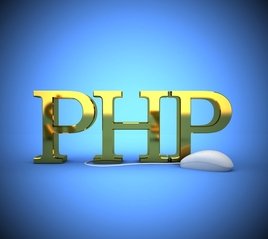